"The Familiar's Four Gems will be posted every Wednesday. It is a curated list of old and new digital resources for amateur sword and sorcery writers and readers; it will occasionally provide short reviews where appropriate. If you have something you would like to include, contact us. -JRC

Blog Post: Deep Cuts: "Her Letters To Lovecraft: Catherine Lucille Moore." "If C. L. Moore had never received a letter from Howard Phillips Lovecraft, she would still be known and regarded as one of the greatest Weird Talers of the 1930s. Yet they did correspond, from 1935 until Lovecraft’s death in 1937, and in that brief span of time that exchange of letters changed both of their lives."

Podcast: The Cromcast: A Weird Fiction Podcast (Season 5, Episode 12: "An Owl Hoots in the Daytime." his week, we join John the Balladeer in a lonely cabin at the base of a secluded mountain, where possums as big as dogs wander, an ancient treasure lies buried, and Owls Hoot in the Daytime! This story was one of the later John the Balladeer stories that Manly Wade Wellman published, and it certainly has that feeling of a sort of finality that we couldn't quite put our fingers on to describe accurately!

Reddit Community: /r/Cimmeria Robert E. Howard Reading Club "We are reading through all of Robert E. Howard's Conan stories in order of publication [...]. This month we read and discuss: "The Tower of the Elephant"

Review: DMR Books: Dawnward Spire, Lonely Hill: A Review. "The one hundred and thirtieth natal anniversary of H.P. Lovecraft is upon us. HPL was nothing if not a writer of letters. It was one of his defining traits. Lovecraft’s correspondence with Clark Ashton Smith is among his great legacies. Fortunately, Hippocampus Press has finally published Dawnward Spire, Lonely Hill: The Letters of H.P.  Lovecraft and Clark Ashton Smith in fairly affordable trade paperback editions."

The Sorcerer's Sanctum Podcast (Episode 2): Schuyler Hernstrom, "The Gift of the Ob-Men"

This is the first post of what will be a regular feature, a curated list of old and new digital resources for amateur sword and sorcery writers and readers; it will occasionally provide short reviews where appropriate. -JRC

Classic Blog Post: Conan and The Fan Fic Writers of Doom, by Howard Andrew Jones. "You can fit the sum total of all the Conan that Howard wrote (including some fragments and rejected stories) into one large hardback. That’s not a lot of fiction about such a great character, and so for decades people have been trying to create new tales of adventure starring Conan, mostly because they wanted MORE!"

Reddit Community: /r/Cimmeria Robert E. Howard Reading Club "We are reading through all of Robert E. Howard's Conan stories in order of publication, and this time it's 'The Scarlet Citadel.' In two weeks on August 15 we start the next one 'The Tower of the Elephant.' Join the conversation!"

New Sword and Sorcery Fiction: Swords and Sorcery Magazine: In the House of Vezzanius, by Davide Mana. "It was the thieves’ dance that had often allowed her to walk through houses where masters and servants were asleep, or minding their chores, like a ghost, unseen and unheard. Past a trunk under an old carpet, past a wooden mannequin on which a sharp blade had outlined the major organs, and stabbed them, she came to the trap door leading down." This is an intriguing story about a rogue who strays into a wizard's study at her peril. 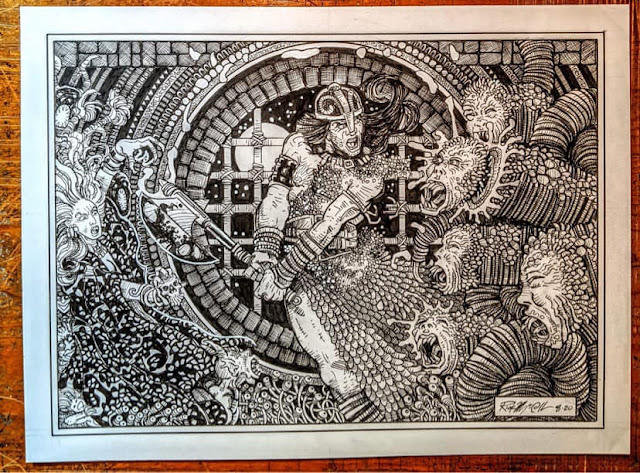 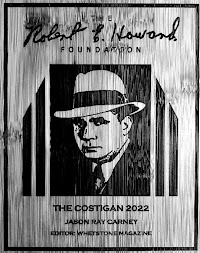